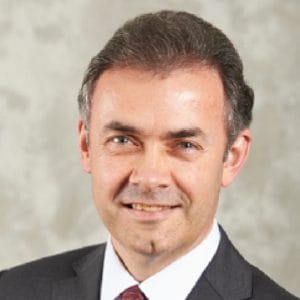 Ian Carruthers joined CIPFA as its Policy and Technical Director in 2006, after spending 10 years at HM Treasury where he played a key role in the UK Government’s transition from cash to accrual budgeting and reporting, in particular leading its Whole of Government Accounts programme.

During his time at CIPFA, Ian has been a member of the UK Accounting Standards Board’s Committee on Accounting for Public Benefit Entities, (including charities) for eight years, as well as leading the technical team responsible for developing the UK Charities SORP since 2015. He chaired the working group for the CCAB-sponsored research on international not for profit reporting published in 2014, and, as Chair CIPFA Standards since 2016, chaired the International Forum of Accounting Standard Setters (IFASS) Not for Profit working group. He has chaired the IFR4NPOs TAG since its first meeting in October 2019.

Ian has been Chair of the International Public Sector Accounting Standards Board (IPSASB) since 2016, having been a Board Member since 2010.

On a volunteer basis, for a number of years Ian was Chair of the Board of a touring theatre company, and on the Finance Committee of a registered social landlord, both of which were registered charities.