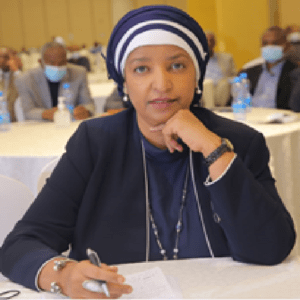 Ms Hikmet Abdella was appointed as Director-General to the Accounting and Auditing Board of Ethiopia in November 2019. She is widely known for her work as the founding Country Head of ACCA Ethiopia from 2004-to 2013.

Hikmet sits on The Board of Trustees of The Center for Dialogue, Research and Cooperation (CDRC) which is an independent Ethiopia based non-profit think tank, as well as a member of the Board of Directors on the Ethiopian Red Cross.

In 2022 she took part as one of the 50 members of the Destiny Ethiopia Initiative, to envision scenarios of four possible futures for Ethiopia in 2040. Now she is a member of the Women Caucus within the Ethiopian Inclusive Dialogue (EID), hosted in CDRC.

She is also a member of the Female CEO Breakfast Club (FCBC) since 2016 which is part of the Association of Women in Boldness (AWIB).

I am excited to be a part of the IFR4NPO project because the Non-Profit Organisations will finally have standards that will meet their demands from all stakeholders, and looking back i can say i was i was part of the discussions.